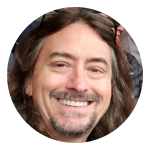 Jeff is a marketing executive responsible for the launch and growth of multiple companies, many in blockchain. Previous to Loudhailer.io, he joined a struggling business, driving it to profitability within months, and negotitated the successful sale of the company. Later he helped grow a start-up in the fledgling Bitcoin market, driving $35 million in sales in one year. Jeff has also been the CEO for affiliate programs within some of the most competitive industries. In fact, his understanding of affiliate marketing and platform project management helped create the vision for Satorify. Jeff is really excited about Loudhailer.io, as he feels this is the future of marketing and advertising. He is looking forward to helping your business grow the way he has grown his own. Jeff has a BA from Elmhurst College in Illinois. 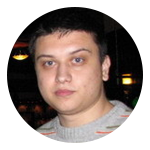 Bogdan is a entrepreneur who develops, manages and provides strategy for all things digital, ensuring that all digital solutions are both functional and aesthetically sound from concept to completion. Over the years he successfully launched multiple online and brick and mortar start-ups. Previous to Loudhailer.io, he worked on projects for U.S. Department of Defence and AmmbrTech. A pragmatic, analytical, technologist with a passion for solving problems, Bogdan plays the role of a Swiss Army Knife with a proven track record of delivering secure, user focused and multi-platform applications. Bogdan has a top score BS from Alexandru I. Cuza University (Mathematics and Computer Science) in Iasi, Romania. 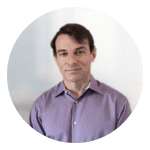 Ted has served in various technology marketing roles for over 20 years, including at ad agencies in both Chicago and Silicon Valley. For Fortune 500 companies, venture capital firms, startups at every stage, mid-market companies, not-for-profits, and more, he has led a wide variety of strategic, messaging and marketing efforts. 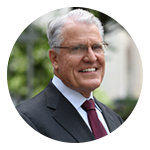 James Lanshe is a graduate of Georgetown University, Cornell University School of Law (JD), Harvard University (MPA), Cardiff (Wales, UK) University (MPhil with Honours) and the University of Hawaii (MBA with Honors). He has practiced law in the areas of corporate finance and securities regulation, worked on Wall Street, taught securities regulation at various law schools (Seton Hall University School of Law: Assistant Dean; and, University of Louisville Brandeis School of Law: Adjunct Faculty), and served as chairman and chief executive of MadisonGrey Holdings, LLC. He has held an Honorary Research Associateship at Oxford Brookes University (Oxford, UK) School of Social Sciences and Law. He has previously worked in the United States Senate as a legislative assistant (Hon. Hugh Scott, United States Senate Minority Leader), and been a consultant on regulatory matters to the United Nations Development Program (UNDP). He served as a captain in the United States Marine Corps (JAG), during which time he received an appointment from the United States Department of State as a US Representative to the Courts of Japan. He has twice received gubernatorial nominations and senate confirmations to serve as a commissioner on the Arizona Oil & Gas Conservation Commission (Vice Chair. Among other endeavours, he is currently involved counseling developing blockchain-related projects.
He is admitted to practice law in the states of Arizona, New York, Pennsylvania and Texas, as well as the District of Columbia. He is also admitted to practice in various federal district and appellate courts, including the Supreme Court of the United States.

Your experience on this site will be improved by allowing cookies.